Our adventure began in October 2003 with the Baja HaHa rally from San Diego to Cabo San Lucas. We won best costumes in the Family and Individual categories - we went as Captain Hook, Tinker Bell, and Peter Pan. The rally was a great way to get our feet wet so to speak, and we got to meet alot of new people and other cruising families. One negative thing we discovered was that Jamie & Chay both get sea sick, but that they weren't going to let that stop them! After the rally ended in Cabo, we explored the Baja Peninsula from Cabo up to La Paz and then crossed the Sea of Cortez to Mazatlan. It was during this night passage that we first experienced "Orion" rising and learned to discern the constellation from a mast light. We enjoyed a great Thanksgiving on the boat in Mazatlan, including a delicious pot luck dessert party with several of the boats anchored along with us. 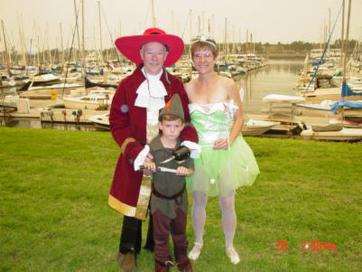 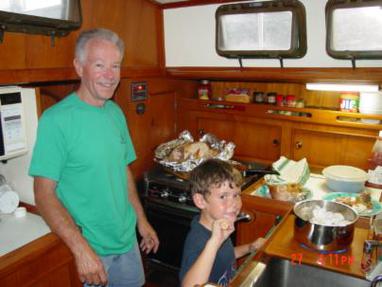 After exploring Mazatlan we moved south to Puerto Vallarta where we left the boat at Paradise Village while we went home for Christmas. However, before flying home we had the pleasure of experiencing the Mexican celebration of the Feast of our Lady of Guadalupe - a 12 day festival with parades and street markets. We will always remember the chocolate crepes from one of the street vendors - Yummm! 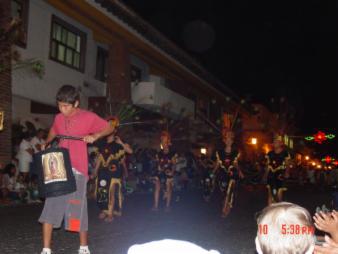 Christmas 2003 was spent back in Boulder City, Nevada, where we learned one of the many benefits of cruising with kids - Jamie's Santa List was very short and included only a few things he wanted for the boat!