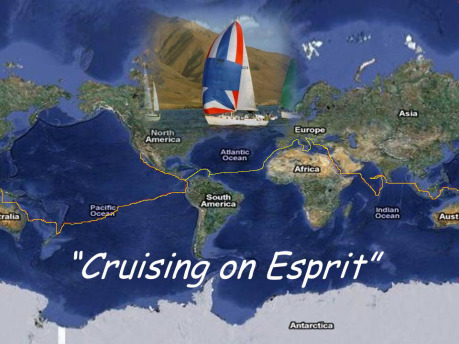 Dreams do come true. We had dreamt of sailing around the world for many years - and now we are living that dream on board "Esprit" - a Kelly Peterson 46 foot cutter rigged sloop.

We waited until Jamie was 6 years old to embark on this adventure so that Jamie would be of an age and mind to remember and enjoy it, and before we get too old to do it! While cruising, we home school Jamie with Seton Home Study - but what a better education for all of us than traveling and exploring new places and meeting new people.

Our adventure began on the Baja HaHa Rally in October 2003 and then cruising Mexico on our own. We have worked our way south through central America to Ecuador, and the Galapagos Islands, Ecuador, South America. We left April 14, 2006 from the Galapagos for the 3000 mile trip to the Marquesas and arrived in Fatu Hiva on May 8, 2006 - a 24 day passage! After 5 weeks in the Marquesas, we moved on to the Tuamotus, Tahiti, Moorea, Raiatea, and Bora Bora. We left Bora Bora in September 2006 for Tonga where spent 6 weeks anchorage hopping before making the tough passage to New Zealand where we made landfall on November 13, 2006! What a great feeling to have stuck to a goal and achieved it - after 3 years!  We departed New Zealand in May 2008 for another cruising season in Fiji, Vanuatu, New Caledonia and Australia. We completed our Pacific crossing with our landfall in Bundaberg, Australia in October 2008! Esprit took us north along the Australian, Queensland coast in 2009 from Bundaberg, around the top, and into Darwin in the Northern Territory. It was a big change to be coastal cruising - we were ready to do some island cruising again in Indonesia, Singapore, Malaysia, and Thailand in 2010. In Malaysia we made the decision to continue on to the Red Sea & Mediterranean; we started out 2011 with a visit to Sri Lanka, India, and the Maldives, with a side trip from India towards Oman which we aborted due to piracy. Plans changed big time and we shipped Esprit to Turkey. We toured Egypt while we waited for Esprit to arrive in Turkey. In 2012 we saw the sights of Turkey, Greece, Montenegro, Croatia, Italy, and Malta, as we cruised the Med. 2013 took us to Tunisia, Italy, France, Spain, Gibraltar, and then out of the Med and into the Caribbean!! We completed our Atlantic crossing on November 30, 2013 with landfall in Grenada!  After spending a few seasons on the Windward islands, we cruised the Leewards and BVI in 2017, finishing up the season in Colon, Panama!  Esprit has now crossed all lines of longitude around the world!  We've been around the world - Esprit & we! 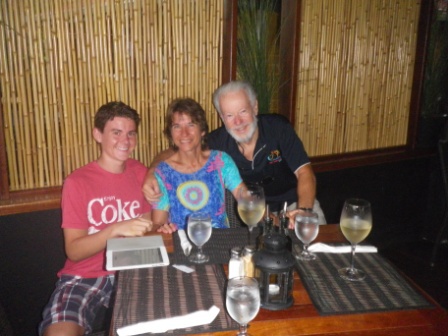 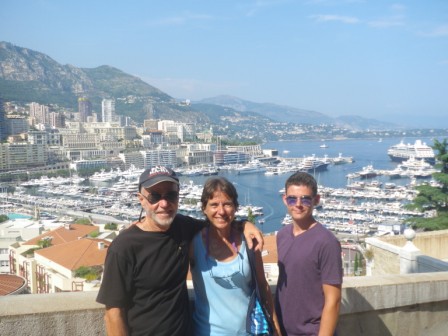 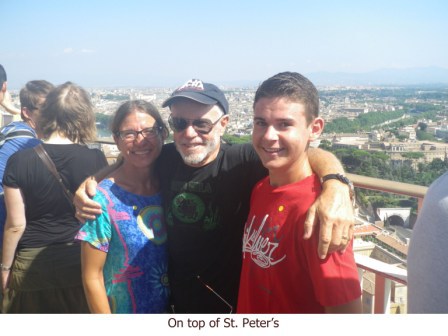 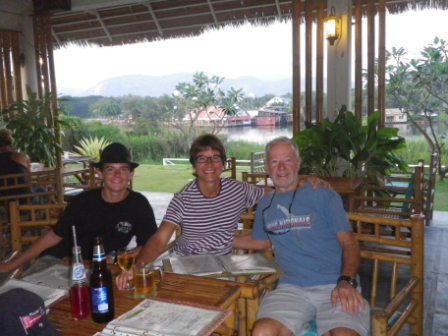